Skip to primary content
union-coops:uk are a group of UK trade unionists, co-operators, educators and academics, who are seeking to to create fully unionised worker co-operatives, that have unions at the core of their democracy
union-coops:uk encourages mutually beneficial collaboration between the union and co-operative movements via the development and promotion of the union coop model. We believe the union co-op model is a powerful tool to counter mainstream economic narratives, it is a living example that another way is possible.

The idea of the union-co-op has grown out of a formal collaboration in different countries between unions and the co-operative movement and is based on an expanded set of co-operative principles which are focused on protecting worker’s rights, creating decent work and paying a fair wage. 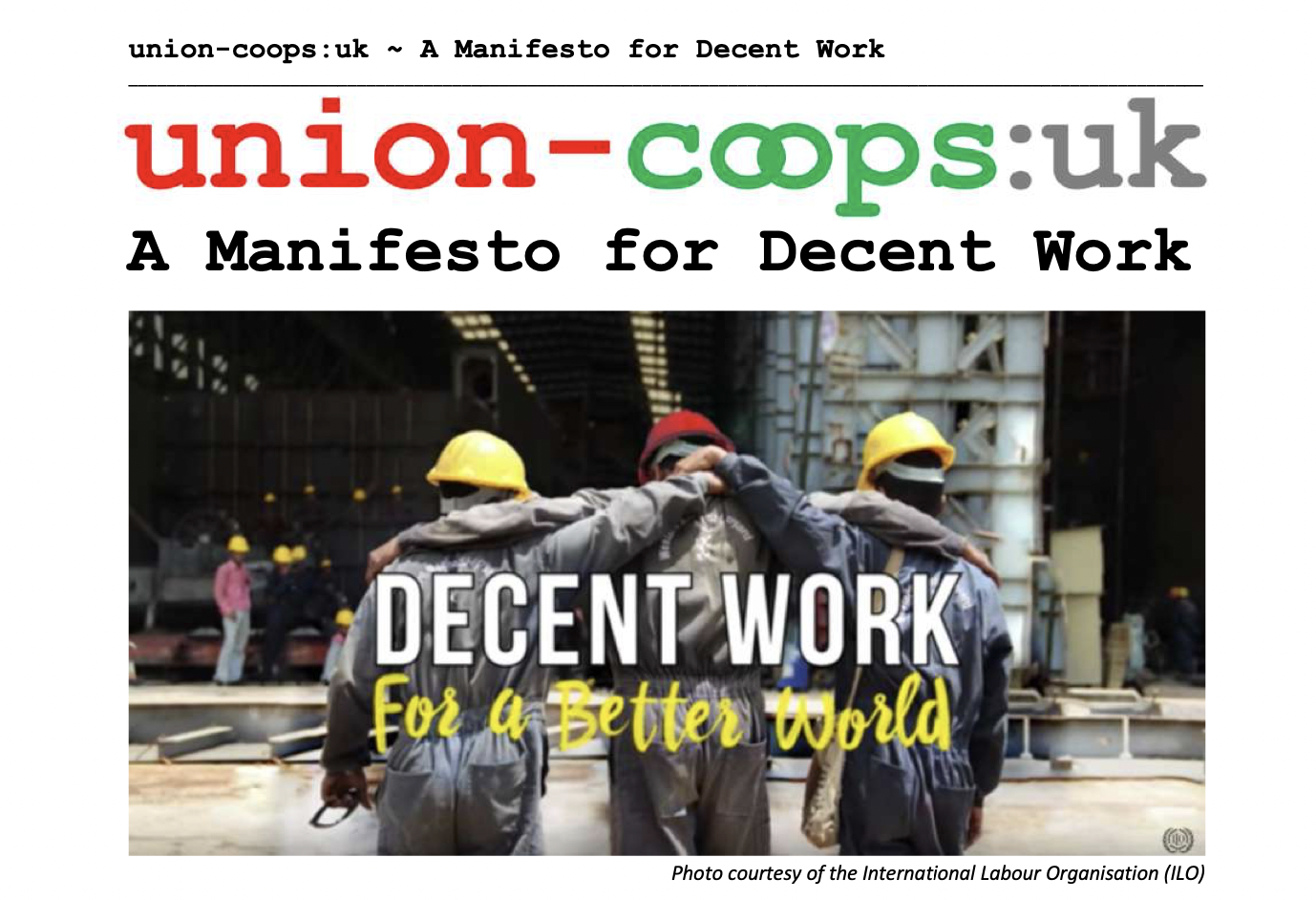 Why not join us? Go to our Join Us page for details, and/or register for updates on our blog